Who are the 1%? According to a paper by Jon Bakija of Williams College, Adam Cole of the Treasury Department and Bradley T. Heim of Indiana University, nearly half are made up of who you picture in the top 1%:  Executives & management (think CEO’s, COO, or other C-level positions), arts & media (Hollywood & big-time artists), sports, finance (the “evil bankers”). Only 4.3% are so called trust-fund babies that inherited their wealth (think Paris Hilton).

Who makes up the rest? Farmers, government workers, teachers, professors, blue collar workers, people in service or sales, real estate, pilots, entrepreneurs, people in computer, math or engineering, scientists, lawyers and doctors.
When people talk about Wall Street and the evil bankers, are they really only referring to 13.9% of the top income earners? <sarcasm>What about the evil farmers or evil teachers in the top 1%? Or the evil entrepreneurs? Of course, you can’t leave out the evil scientists… Don’t leave out all the billionaires who have pledged to give away the majority of their wealth to philanthropy. Those greedy people must be dealt with.</sarcasm>
Here are some facts: over 98% of rich people donate to charity, compared to just 64.6% in the general population. Some might argue that the 99% can’t afford to give. In 2009, 26.8 percent of Americans volunteered with charitable organizations. However, 78.7 percent of wealthy people volunteered — nearly triple the national figure.  High net-worth households earn 20 percent of income in the U.S. They give between 65 and 70 percent of all individual giving. I would hardly call this greedy.
Over 80% of millionaires are ordinary people who have accumulated their wealth in one generation. They are people who work on average 45-55 hours per week. These are first-generation “rich people”. Only 21% of them are of English descent. Many are first-generation Americans as well. Russian-American millionaires account for 5% of all personal-wealth in America, yet only make up 1.1% of the population. The Hungarian ancestry group make up only 0.5% of the general population, yet they make up 2% of millionaires. Only 1.7% of households are Scottish-American, yet they make up 9.3% of millionaire households. What groups are the most likely to be millionaires in America? In order: Israeli, Latvian, Australian, Egyptian, Estonian, Turkish, Icelander, Syrian, Iranian, Slavic, Luxembourger, Yugoslavian, Palestinian, Slovene, Serbian, and so on. How is it that these groups can come to America with hardly anything, and become millionaires? It’s because they work hard, live below their means, and save.
It seems we’ve become a nation of envy, laziness and entitlement—whether the entitlement is a government hand-out or the feeling that you somehow must have that new shiny car, iPhone and a house you can’t afford. How is it that a first-generation person from Syria—a war-torn country who’s GDP per capita is less than $3,000, and where 30% of the population lives in poverty—is more likely to become a millionaire in the U.S. than a 4th generation American. It’s true that when living in America, the chances of become a millionaire goes down with each generation. The opportunities are the same. One could argue that a 4th or 5th generation American has more opportunities than a 1st generation person that comes to America from Iran, for example, but chooses not to take those opportunities. And instead, blame. They want to blame big banks, blame government, blame anyone else but themselves.
Why do people get so mad when other people make lots of money, anyway? It’s not like those people took it from you. Yes, the banks borrowed taxpayers’ money from the Federal Government. I was against TARP, by the way. The government should have stayed out of the free market and allowed banks to fail—banks that made stupid decisions taking on too much risk. That said, the government has gotten back all of that money, plus $1,426,088,498 and counting through payback, interest, dividends, warrants and fees. So the end result is that the Big Banks gave “We the People” $1.4 billion. The banks are not the reason you’re not wealthy. Do people actually believe there is a set amount of dollars in this country, and the rich are just hogging it all for themselves?
Wealth is created. A wealthy person does not take from everyone else to become wealthy. Take this story (I originally heard a version of it from Rabbi Daniel Lapin):

Person A is going to pay the city a $5 fee to pickup and recycle an old table.
Person B offers Person A $5 to take the table.
Person C needs a new table, and was going to buy one for $20.
Person B spends $2 at a hardware store and fixes up the table and sells it to Person C for $10.
How much money was “generated” from this sequence of events?
Person A was going to spend $5, but instead received $5.  $10 gain
Person B bought the table for $5, spent $2 at the hardware store, and sold it for $10.  $3 gain
Person C saved $10 by purchasing the restored table. $10 gain
Hardware store sold $2 worth of goods, lets say at 50% profit. $1 gain
In total, $24 of wealth was “created” in this micro-economy.  Person B can repeat this over and over again (much likeRePurpose does in my home town).  Did they have to take the money from someone else? Is someone else worse off because they had a gain in wealth? Was there some magical pie where wealth had to be redistributed? Nope. The wealthy people simply make more pies. Wealth is created out of serving others.

It doesn’t take a super-high salary to become wealthy, either. Take the median household income of $46,326. If a family making medium income started to invest 15% at age 30, they could have $2.7 million when they reach retirement age—that is if they did worse than the historical average of the market. Even at a 6.3% return, they’d have over $1 million. If their investments keep up with the market, they would have closer to $4.8 million at retirement.
So who is this 99%? Nearly 15 per cent earn between $50,000 and $80,000 per year, and 13 per cent earn above $75,000. Sounds like middle-class… According to a recent report, there has actually been “considerable improvement in the material well-being of the middle class over the past three decades”.  Middle-class Americans are better off today than they were 30 years ago. Middle-class income in this country rose nearly 40% in the past 30 years. Meanwhile, in that same time period, the middle class pay fewer taxes. 3 decades ago, the lower income earners (who pay taxes) paid a little over 7% of all income taxes. Today, the they pay less than 3% of income tax receipts. The top 1% of taxpayers paid 19% 30 years ago. Today, they pay between 35 and 40%. Yet somehow they need to “pay their fair share”, even though the top 1% pay a much greater share—roughly double—what they paid 30 years ago. Also consider that the top 1% earn 16.93% of income, yet pay 37.63% of federal income tax. Wouldn’t their fair share be closer to 17%?
Here’s a simple story: Lets say that your boss took you into his office and told you that he valued your work in the company so much, that you were going to get a $1,000 bonus. Great! You would feel pretty good, right? Later, you find out that everyone got a bonus. Suddenly you don’t feel as special. Then, you find out that everyone else got a $5,000 bonus. Now you feel downright angry. In our society, we are constantly compared to others—in how we look, what cars we drive, what jobs we have, etc. People with perceived inferior jobs literally have more stress because of this constant comparison. We’re constantly trying to “Keep up with the Jone’s”. What’s one of the first things you’re likely to ask a new acquaintance? A typical answer: “What do you do for a living?”. This is yet another example of how members of our society constantly grade each other.

I’m guilty of it too. I learned that someone worked at Taco Bell. An immediate stigma popped into my head. It wasn’t until later that I learned they were a Vice President in the corporate offices, and probably made considerable more money than I. My point is that even though the middle class is better off, we are always comparing ourselves to those with more than us. And iftheir wealth grows faster than ours does, somehow that makes me worse off, and it’s somehow unfair.

Poor people are better off too. Lets use the U.S. Census Bureau’s definition of “poverty”. The overwhelming majority of the poor have air conditioning, cable or satellite TV, a car, cordless telephones, a clothes washer, at least one DVD player, at least one VCR, a microwave, stove, oven, and a refrigerator. Many have a computer with Internet, a video game system, coffee makers, clothes dryers, cell phones, etc. The standard of living of poor households has continually increased over time.  It parallels the overall increase in living standards of all households, only delayed. People often ask how can the country with the largest economy in the world have so many poor people? The average poor person in the United States has more living space than the average European. “Poor” is a relative term. A poor person in the United States is typically still in the top 30% in the World. The average consumption of protein, vitamins, and minerals is virtually the same for poor and middle-class children.
I’m not saying we shouldn’t help out the poor, or that nobody suffers. I agree with the Heritage Foundation though: “Exaggeration and misinformation about poverty obscure the nature, extent, and causes of real material deprivation, thereby hampering the development of well-targeted, effective programs to reduce the problem.”
Since Lyndon B. Johnson declared “War on Poverty” in 1964, the U.S. government has spent over $30 Trillion on various welfare and anti-poverty programs.  Regan said:

“Today the Federal Government has 59 major welfare programs and spends more than $100 billion a year on them. What has all this money done? Well, too often it has only made poverty harder to escape. Federal welfare programs have created a massive social problem. With the best of intentions, government created a poverty trap that wreaks havoc on the very support system the poor need most to lift themselves out of poverty: the family. Dependency has become the one enduring heirloom, passed from one generation to the next, of too many fragmented families.” – President Ronald Reagan, 1998

It’s pretty obvious that economic growth and poverty reduction go hand-and-hand. Instead of throwing away more money at a failed attempt to reduce poverty through government programs, why not focus on growing the economy?
The U.S. is still free enough that everyone has an opportunity to become wealthy. I’m not sure what’s worse: the top 1% earning more and more each year, or more and more Americans not taking the opportunities they have, and instead, blaming others and waiting for another (failed) government program to help them. More people need to take personal responsibility in this country.
If we should focus on anything in the U.S., it would be making sure everyone has an opportunity to succeed.  Whether or not each individual does is up to them. 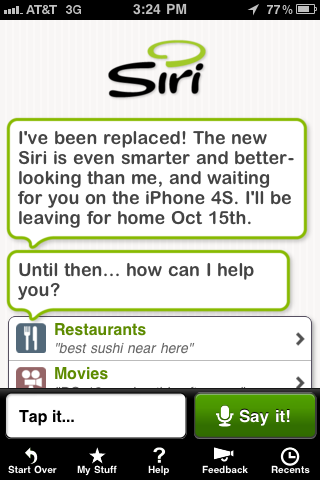